Which book shaped you?

I am thinking of the reading we may have done which has influenced us, but are not necessarily part of the genre we enjoy now. These are some of the books I have enjoyed through my formative years. It would be great to find out what books shaped you through those years too.

When I was young, we didn't have many books around the house. Couldn't afford to in those days. We used to frequent the local library, and it wasn't long before I had read all the books in the childrens' section. Probably the first "novels " I read were the Jennings ones, by Anthony Buckeridge. I read them all, and in fact I now read them to my own children. Excellent books.

At home, my mother splashed out to buy me a set of encyclopaedias of course ... and there were some aging pulp novels lined up on a shelf in the lounge. Two of those books had a lasting influence on me. One was A Summer Night, a romantic novel by Alan Moorehead, which really didn't seem like much, but Moorehead is an exceptional writer and it captivated me, even at age nine. I still have the paperback on my shelf now, falling to pieces. I have since gone on to read his wonderful Nile books. He was probably the highest-profile war correspondent during WW2, with access to Mountbatten down, and his account of the conflict, titled Eclipse, is compelling. He had the knack of writing about anything and making it appeal. 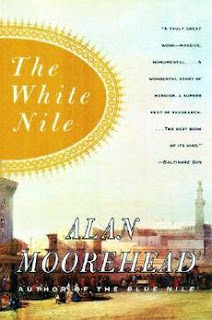 But the book that I feel had the most lasting effect upon me was Indoctrinaire by Christopher Priest. When I think back, I was a touch young for it ... its imagery would sometimes keep me awake at night. The story concerned a strange area in the middle of a jungle; a clearing, within which the normal rules of time did not count. At the centre of this area was a pyramid-like structure with a network of underground rooms and tunnels, which seemed to be used for brain-washing a rebellious scientist by the name of Wentik, the hero of the story. (I say 'seemed to be', because I was never sure if this was in fact what was happening). The hand on the table came into things somewhere, although I can't quite recall exactly how. It was pretty creepy for a nine-year-old. All was very weird, and my recollection is that it was ultimately unresolved. Unfortunately I don't still have that copy, and I have never seen another one. It seems to have been a fairly obscure book. I would be interested to find out if anyone else has read it. 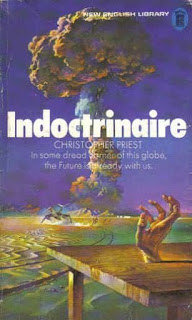 Next up came some short horror stories ... but that's for another post.