I mentioned previously that some of my Aickmans are signed, so I thought I'd post some images. 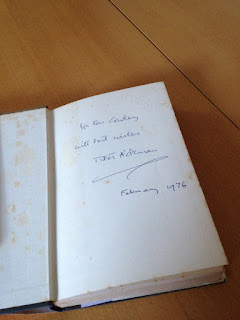 This is Powers of Darkness with an inscription which reads "for Ken Cowley". I did some research, eventually tracking him down and contacting him via e mail. He was good enough to tell me he is an occasional writer who met Robert Aickman at the British Fantasy Society's convention in Birmingham in 1976, when he (Aickman) was guest speaker. Aickman signed this book for Ken Cowley, and also confided in him that he "got the inspiration for some of his stories from dreams". 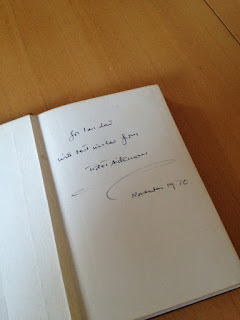 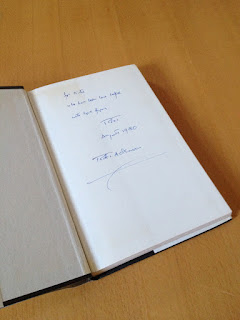 This is Intrusions, reading "for Kate who has been here before". I don't know who that is either. This was signed in August 1980, only 6 months before his death. I acquired this book from the Inland Waterways Association. 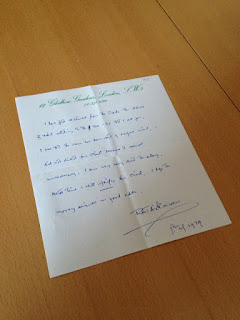 Finally this is a letter Aickman wrote, with his Gledhow Gardens letterhead. It's not a particularly interesting letter, being about some money he owed someone, but Aickman wrote it!