The ghost of Crookhaven Lighthouse

A while back we took a couple of weeks' break, down the NSW coast at Currarong. Unfortunately, I managed to get rather ill while down there (pneumonia caught from my daughter, but that's another story...) However, as I recovered, we went on a few walks. One such foray was to Culburra Beach, a small, rather remote village. From there we walked north, towards Crookhaven Heads, past the entrance to the Shoalhaven river. In winter, this is a wild, wet and windy place. We didn't see anyone else on this walk, apart from a couple of sea fishermen way out on the rocks off the heads. 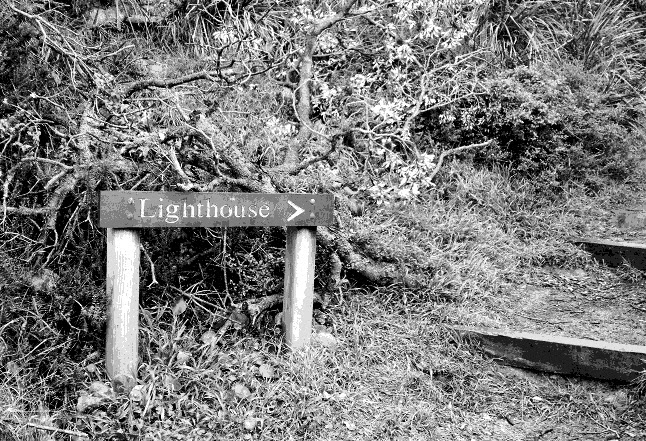 We followed the track into the headland, across increasingly rough ground. Eventually we climbed between trees, and we were intrigued to spot a sign telling us there was a lighthouse further along. It could be said we were in the middle of nowhere by then (or perhaps I should say "the back of beyond?") so we were fascinated to encounter a clearing, in the middle of which stood the Crookhaven Lighthouse. 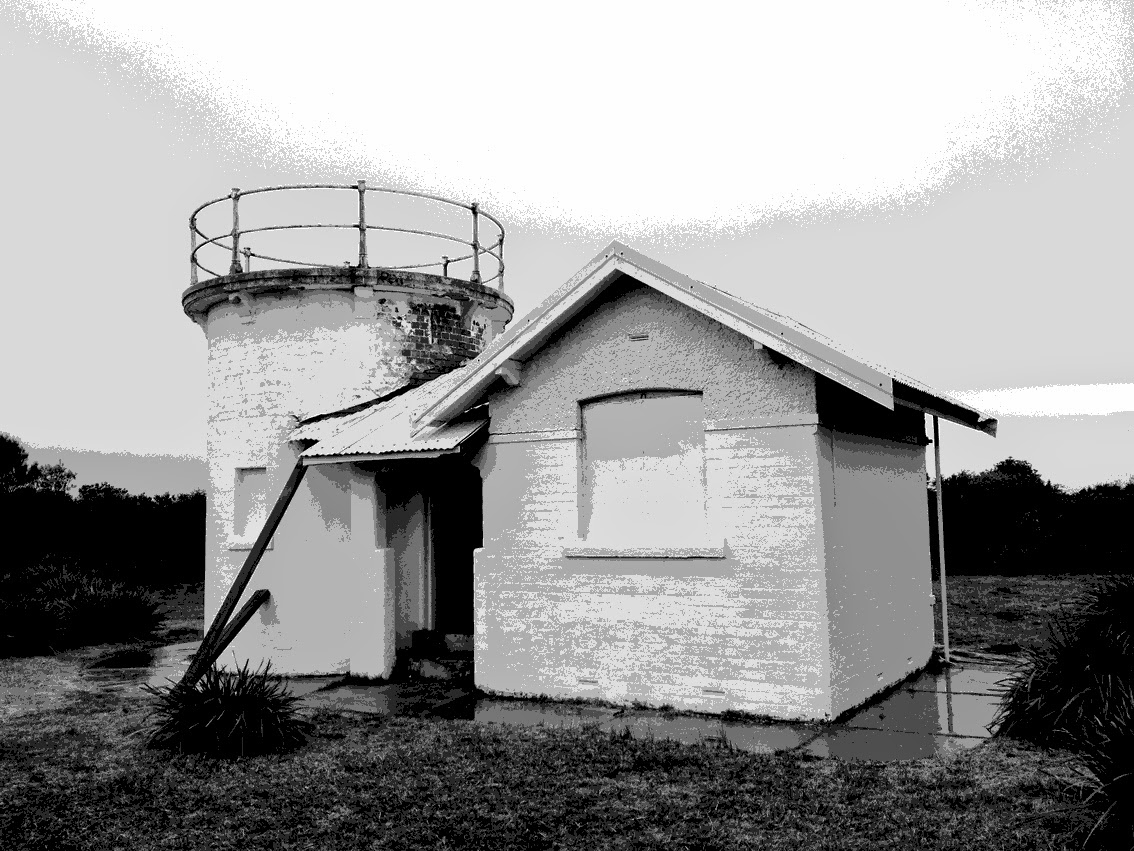 Or perhaps I should say, the ghost of what once was the Crookhaven Lighthouse. I've since found out that it was first built as a wooden structure in 1882, then demolished in 1904 when the current building was commissioned. It is now in a dilapidated state, severely vandalised. It's a shame, as in Australia lighthouses are generally restored and looked after well; however, due to its remote location, Crookhaven Lighthouse has always been vulnerable. It was fully renovated in the 1990s, apparently, but you'd never guess. Without an on-going plan for upkeep, it quickly deteriorated once more. All the glass and the reflectors have been broken or removed. Inside, there is access to the miniscule living quarters, but not to the spiral stairs which still wind up the tower. 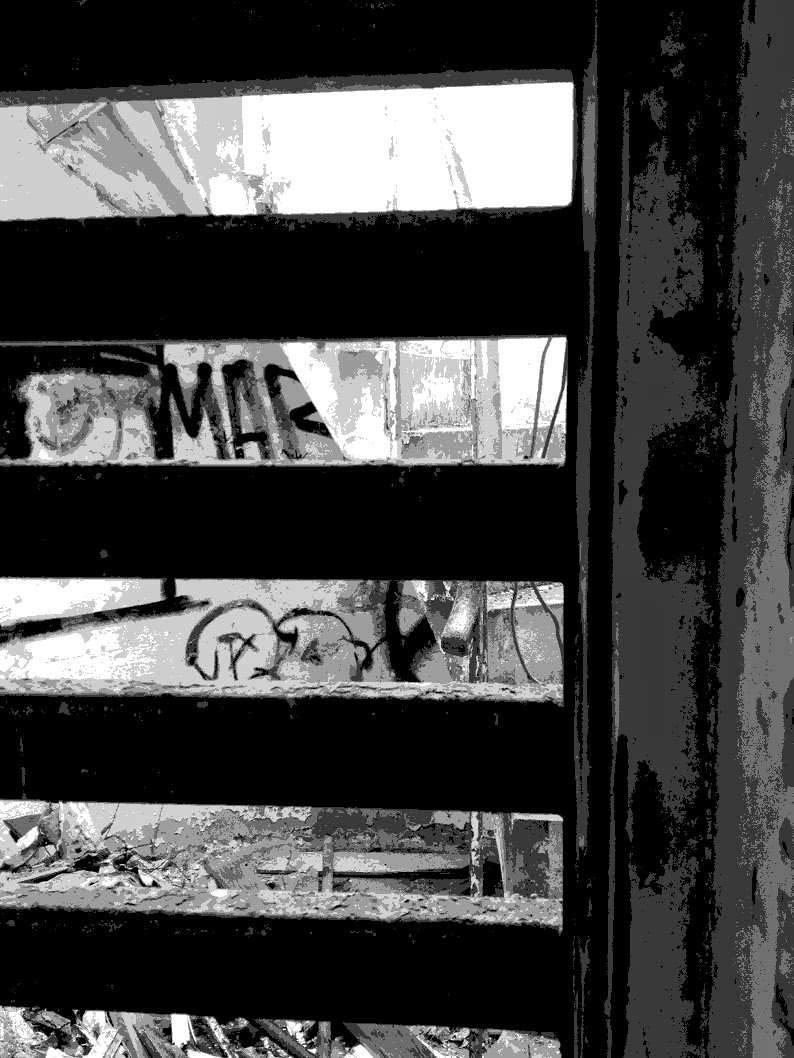 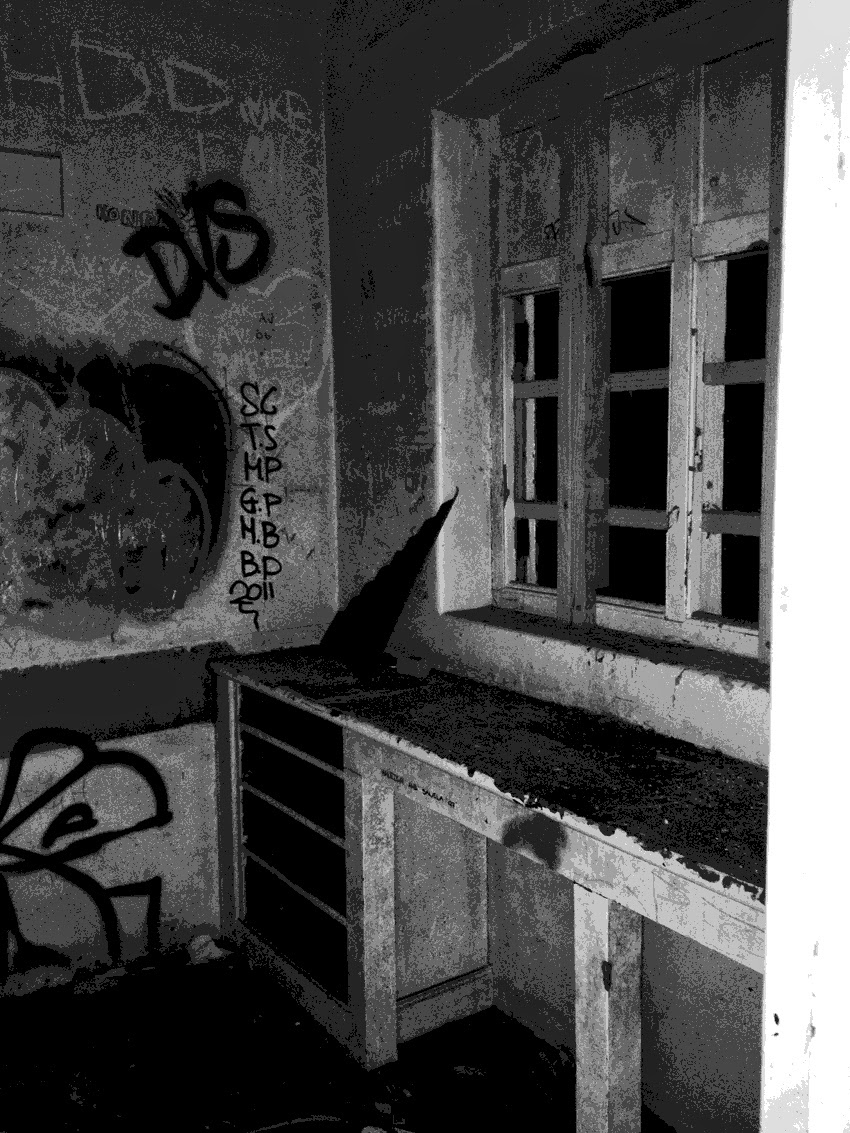 We noticed an oppressive atmosphere about the place, no doubt partly due to it being such a dreary and overcast afternoon. In the past, the headland was cleared regularly, allowing the light to shine out across the sea; but in recent years the scrub has been allowed to grow unrestrained, surrounding the lighthouse from all sides. In the 1990s, a clearing was established around the building itself, but nonetheless the impression the visitor gets today is that of isolation and decay. Strangely, the sea, so nearby and so loud on that occasion, could not be heard from around the lighthouse at all. 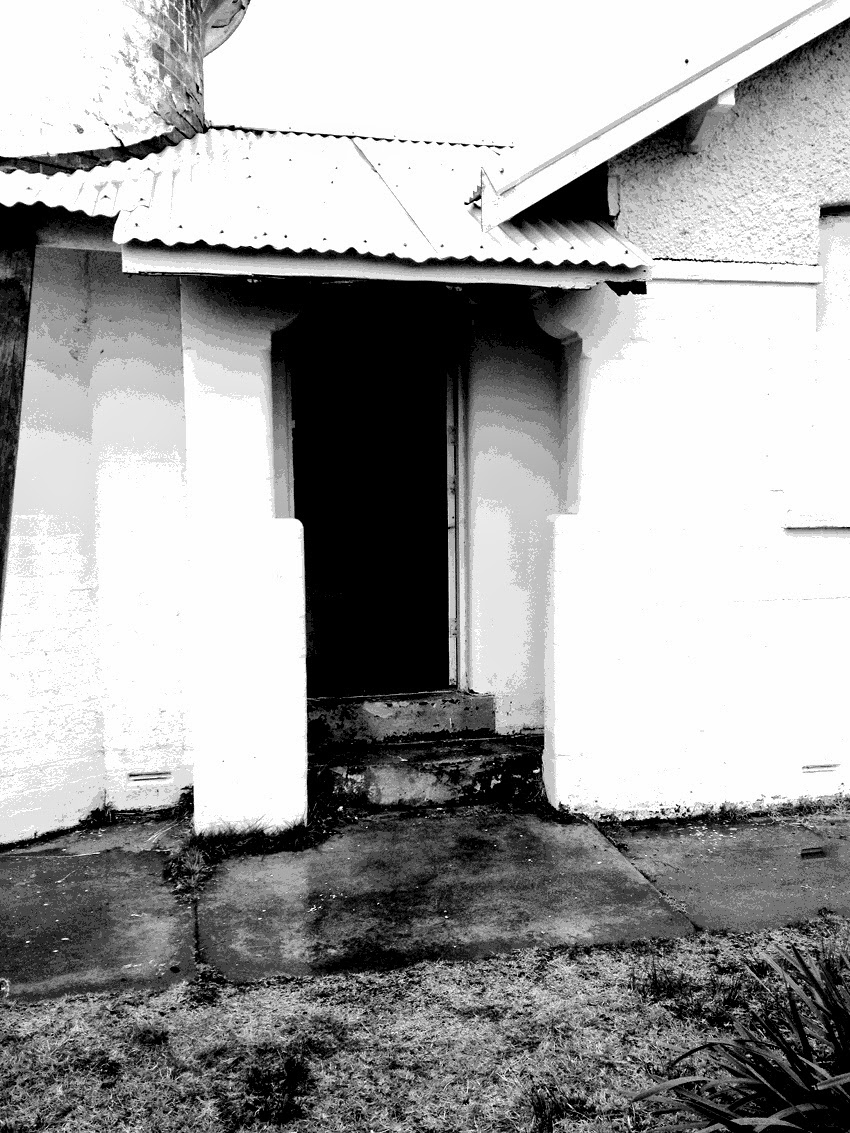 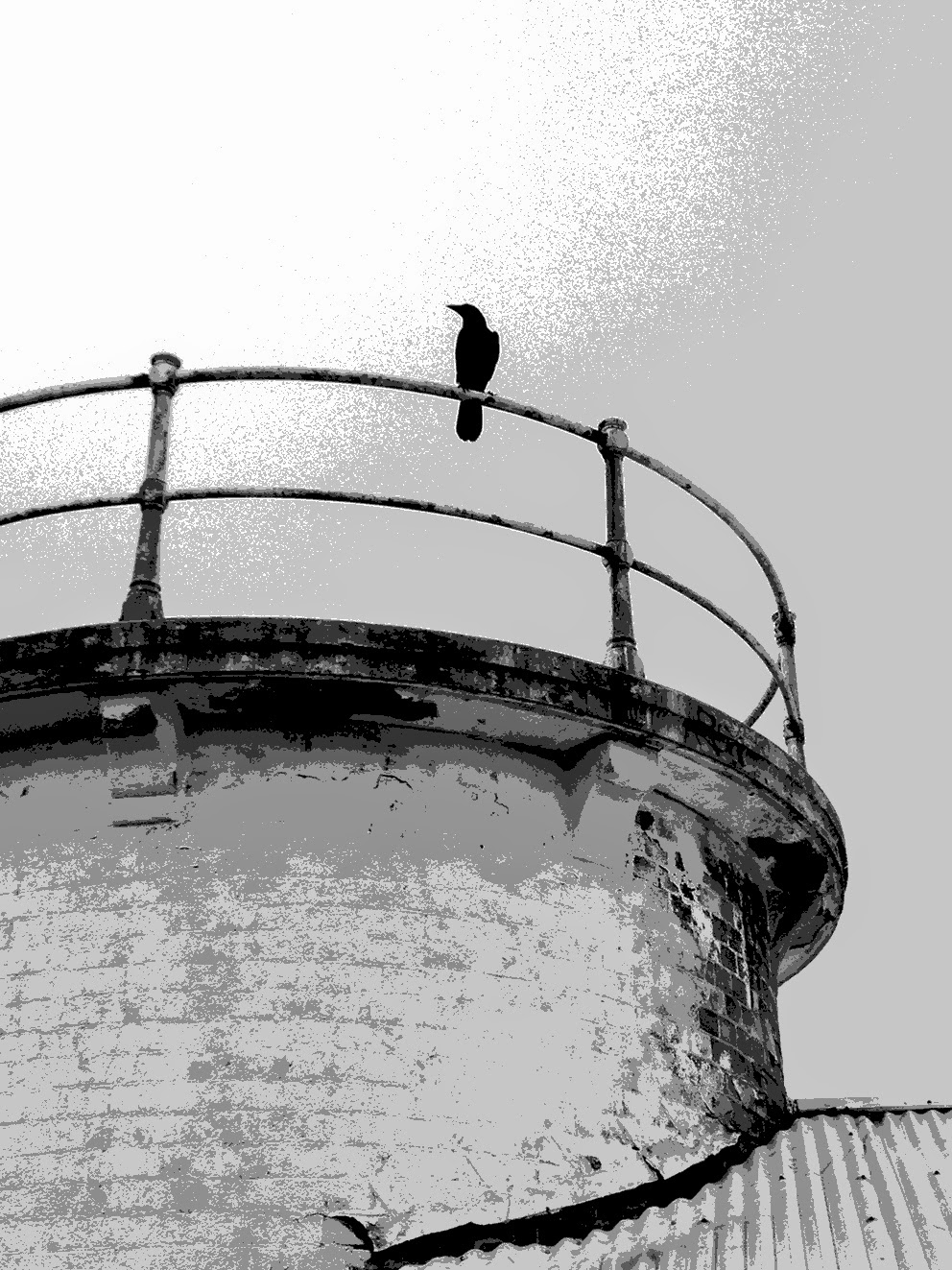 We left the lighthouse and followed the track further along, into the trees and down the other side of the promontory. There was a lookout there, from which we enjoyed a spectacular view. It was clear why a lighthouse was needed in that area. We could see basalt ridges spreading out threateningly just below the surface of the water, for a very long way – who knows what hazards are hidden from the seafarer's view? Once we'd made our way back up to the lighthouse, it had started to rain, so we barely said goodbye to the sad old building as we hurried back towards Culburra. Perhaps one day soon Crookhaven Lighthouse will be restored and looked after properly. I'm sure it could become a tourist attraction and bring some benefit to the area. Right now, however, it's just a ghost of its former self.

Review; The House of Three, by Lily Childs

32 Cherry Street has come up for sale, deceased estate; and Sarah is happy to be able to purchase what once was her childhood home. However, is she prepared for the memories it will bring back, or the spirits that may be released? The House of Three is a stand-alone short story from Lily Childs. It is a ghost story in the traditional sense, yet in a modern, suburban setting. 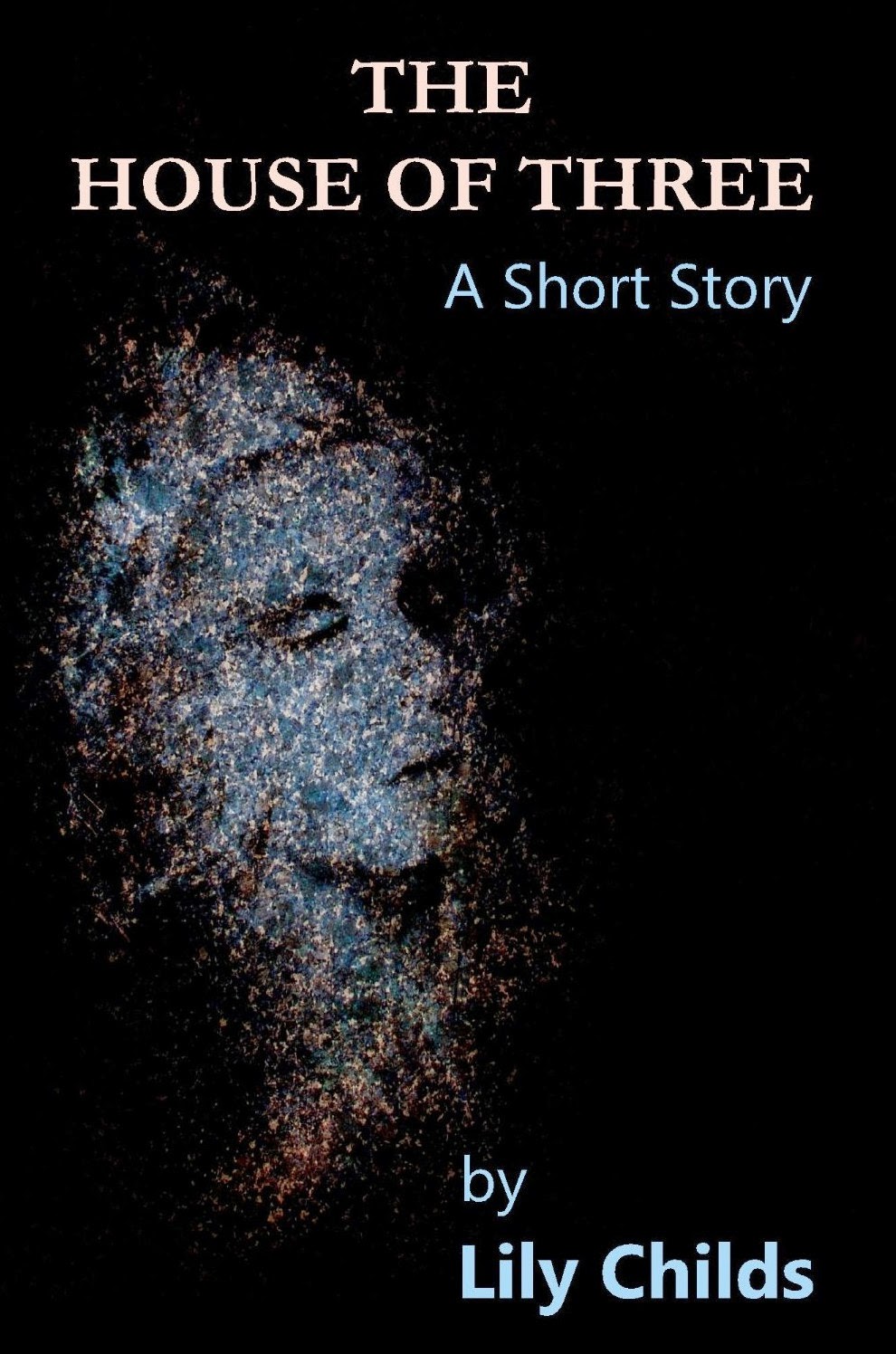 Sarah and her brother Johnny go to view the Victorian terraced property, which they had not seen for twenty years. As they explore the dilapidated house, they realise that absolutely nothing has changed in all that time; and the familiar smell of roses forces their minds back all those years. Once the house belongs to her, she persuades Johnny to return, and they explore it together... and that's when the voices start. "They seemed to want to sooth her, as they did for the year before she was forced from her childhood home – a ten-year-old, an orphan."

Once they discover from the local paper how the house's most recent occupant died, their doubts begin, both about the house, and also about their own childhood memories. Their differing fortunes since adoption force them to reassess their lives. Once they have made a grim discovery, in a bedroom which was strictly off-limits to them as children, they understand that nothing will ever be quite the same again. Are their fears imaginary, or are they forming something more tangible – something with the power to threaten their very existence?

Childs has created an intriguing scenario here, with authentically flawed characters who are unable to escape the power of their shared past. The House of Three is a short but satisfying read with a powerful ending. Perfect late night reading for lovers of a good ghost story! 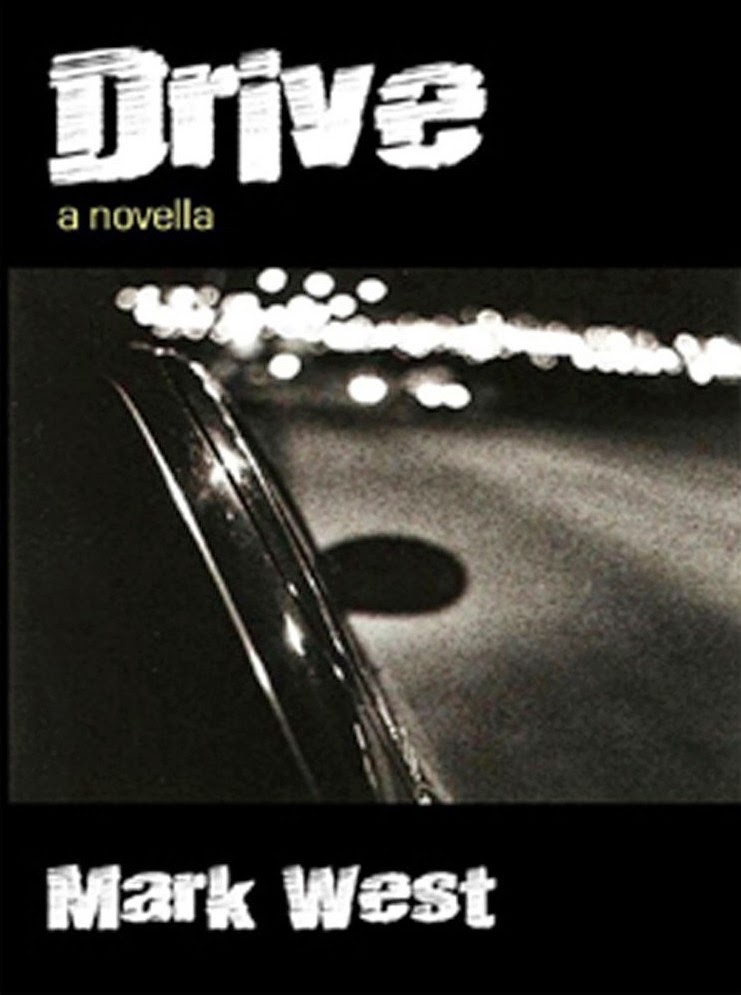