Recently, I was lucky enough to have been given a sneak preview of the forthcoming Celebrating Robert Aickman, an Anthology of Unsettled Dust, edited by Johnny Mains. My admiration for Aickman must be well known in these parts by now, so I was very excited to be given this unique opportunity. 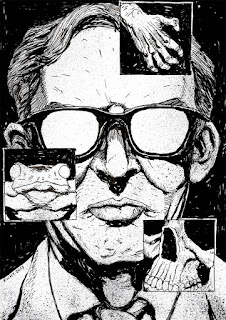 Perhaps it's remarkable that there has not been a comprehensive publication along these lines before. Far from inhabiting the margins, as a a cult figure, Robert Aickman has become one of the few short story writers to have made the difficult transition to the literary mainstream. This has been thanks not only to his enduring influence over successful writers, such as Ramsey Campbell and Simon Strantzas, but also to media figures such as Reece Shearsmith, Jeremy Dyson and Mark Gatiss, who have helped make his legacy wider known. Aickman's shadow is indeed broad enough to cope with the increased scrutiny that this has created. This has meant that in recent years, many more people have been exposed to his remarkable 'strange stories' than would otherwise have been the case – and I'm very pleased to say that Celebrating Robert Aickman, an Anthology of Unsettled Dust can only take this further. It's a unique mixture of fascinating anecdotes and recollections of and about Robert Aickman, and new fiction inspired by the great man – written by some of the best authors of strange fiction around today. There are so many highlights in this package it's difficult to know where to start. Perhaps the most significant contribution is that of A Choice of Weapons: Robert Aickman and Tom Rolt, which is the transcript of an interview between Tom's son Tim  and Sonia Rolt. Much new light is shed upon Robert Aickman's relationship with Tom Rolt. Then, there is the very touching An Afternoon with Aickman, by T.E.D. Klein, which reveals a melancholy side to the great man's character... Robert Aickman Comes to Fantasycon by David  A. Riley consists of a fond memory from the second British Fantasy Society convention in 1976... John L. Probert writes about Adapting Aickman, commenting on various adaptations of Aickman's work for screen and radio... Richard Dalby writes of his Further Recollections of Robert Aickman... And there's an essay on Letters To The Postman by Philip Challinor. There is so much here for the Aickman enthusiast and we haven't yet delved into the new works of fiction. Among others there are stories by Simon Strantzas (The Flower Unfolds),  Lynda E. Rucker (The Vestige), Reggie Oliver (The Rooms Are High) and Steven Volk (The House That Moved Next Door). This feast of the Aickmanesque is topped off by In Conversation With Ramsey Campbell, in which editor Johnny Mains chats to Ramsey about all things Aickman. In addition to all this and more, there are many interesting photographs, images and contemporary clippings.
What more could the Aickman enthusiast want?
Johnny Mains has done a great job with this publication, and was very kind to let me read it at this early stage. Although still in draft, I've seen enough to be sure that Celebrating Robert Aickman will be a superb publication and a worthwhile addition to the library of anyone interested in Aickman or his rich and varied legacy. 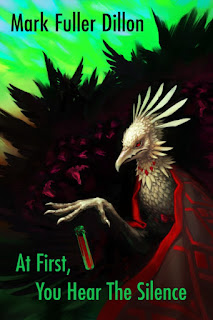