Kaaron Warren is an award-winning Australian author, and The Gate Theory collects five of her short stories, all of which have been previously published. It was first released in late 2013, and was the first publication from Cohesion Press, an Australian publisher of dark fiction. 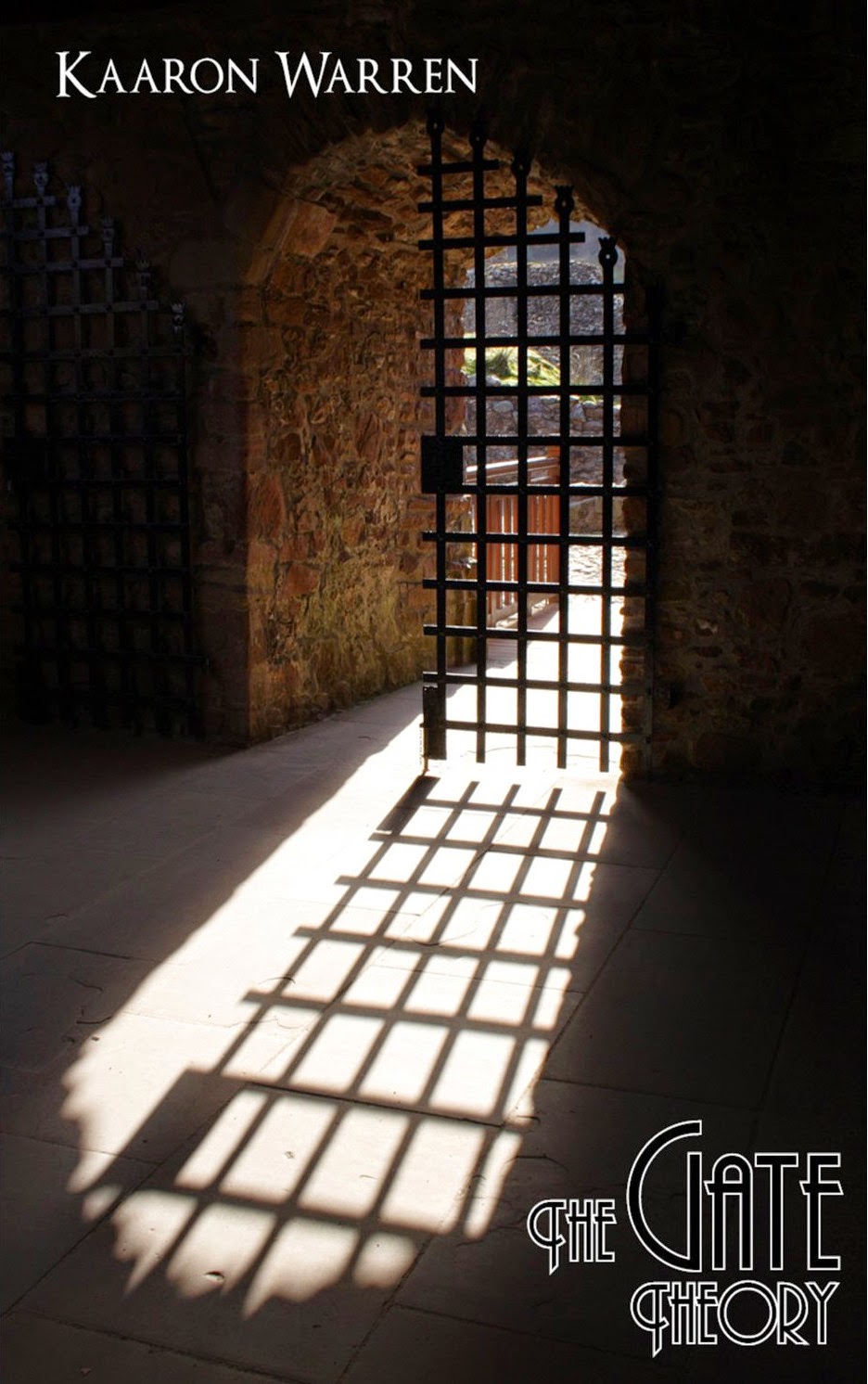 All of these tales are darkly disturbing, and in the very best of ways. Purity kicks off proceedings, and is a great introduction to Warren's labyrinthine powers of creativity. Therese is the unfortunate daughter of a slovenly mother; she does not doubt she is loved, but she lives in a "mud-slapped, filthy, stinking home – with its stacks of newspapers going back as far as she was born, spoons bent and burnt, food grown hard and crusty..." What's more, her elder brother lives in the basement; rarely emerging and pale from a lack of sunlight. When Therese manages a temporary escape from her situation by working in a supermarket, she meets a young man called Daniel and his grandfather Calum. Their fragrant cleanliness absorbs her. Eventually, she accepts their invitation to go to a party; but is she able to find a more permanent escape, and what's more, can she ever be truly cleansed?

Warren is clearly influenced deeply by her surroundings, and That Girl is set in Bali, where she lived for some time; its authenticity cuts like a knife. This story works on so many levels. On the surface, it tells about the origins of a local legend, brought to the protagonist's attention by the inmate of a mental hospital. Beneath lies that individual's own tale of terror; then, the reader is confronted with abuse and cover-up, blurred by both cultural practices and the casual discrimination against women. That Girl is a complex and perfectly-formed piece.

Dead Sea Fruit is concerned with anorexia and all its horrors. The protagonist is a dentist who often treats anorexic girls in a hospital ward. She finds out she can kiss her clients to experience their very essence. "Then I kissed a murderer; he tasted like vegetable waste. Like the crisper in my fridge smells when I've been too busy to empty it." She hears the girls on the ward speaking in hushed tones of the Ash Mouth Man, and of what happens if he is kissed. But has she met the Ash Mouth Man himself? There is a strong supernatural element to this tale, and the ending is beautifully incisive...

The History Thief adds a touch of humour to the mix, in what is the most conventionally supernatural tale here. Alvin realises he must be dead when he gazes at his own body "on the floor of his dusty lounge room". As what might be called a ghost, he finds he has no real substance; but that he can find the density he needs through contact with living beings. However, this means he has to steal their memories. Can he be trusted with the lives of others? This is an effective tale of alienation, with a satisfying twist at the end.

Lastly is my favourite piece, The Gaze Dogs of Nine Waterfall. I often feel that a great title begets a great tale, and that's clearly the case here. The reader is taken on a bizarre journey with Rosie, who is paid to supply examples of rare dog breeds to clients. On this occasion, she is after four vampire dogs; she has to travel to the jungle on a remote island in Fiji to capture them, which is a risky process. Her journey is arduous, and compellingly told – Rosie herself is a very strong character, and she drives the story powerfully. The Gaze Dogs of Nine Waterfall is very much a horror story, concluding with a supremely nihilistic message.

Kaaron Warren is without doubt one of the world's leading writers of dark fiction, and The Gate Theory showcases her talent perfectly. (If you need any more convincing, check out her other superb collection, Through Splintered Walls.) Her prose is powerful, her sense of place is evocative and her imagination knows no bounds. This is the kind of book that you will remember long after you finish reading the last story.