Review: Autumn in the Abyss by John Claude Smith

Following on from this author's excellent collection The Dark is Light Enough For Me, Autumn in the Abyss provides the lucky reader with five more darkly perceptive tales, including the substantial title story. 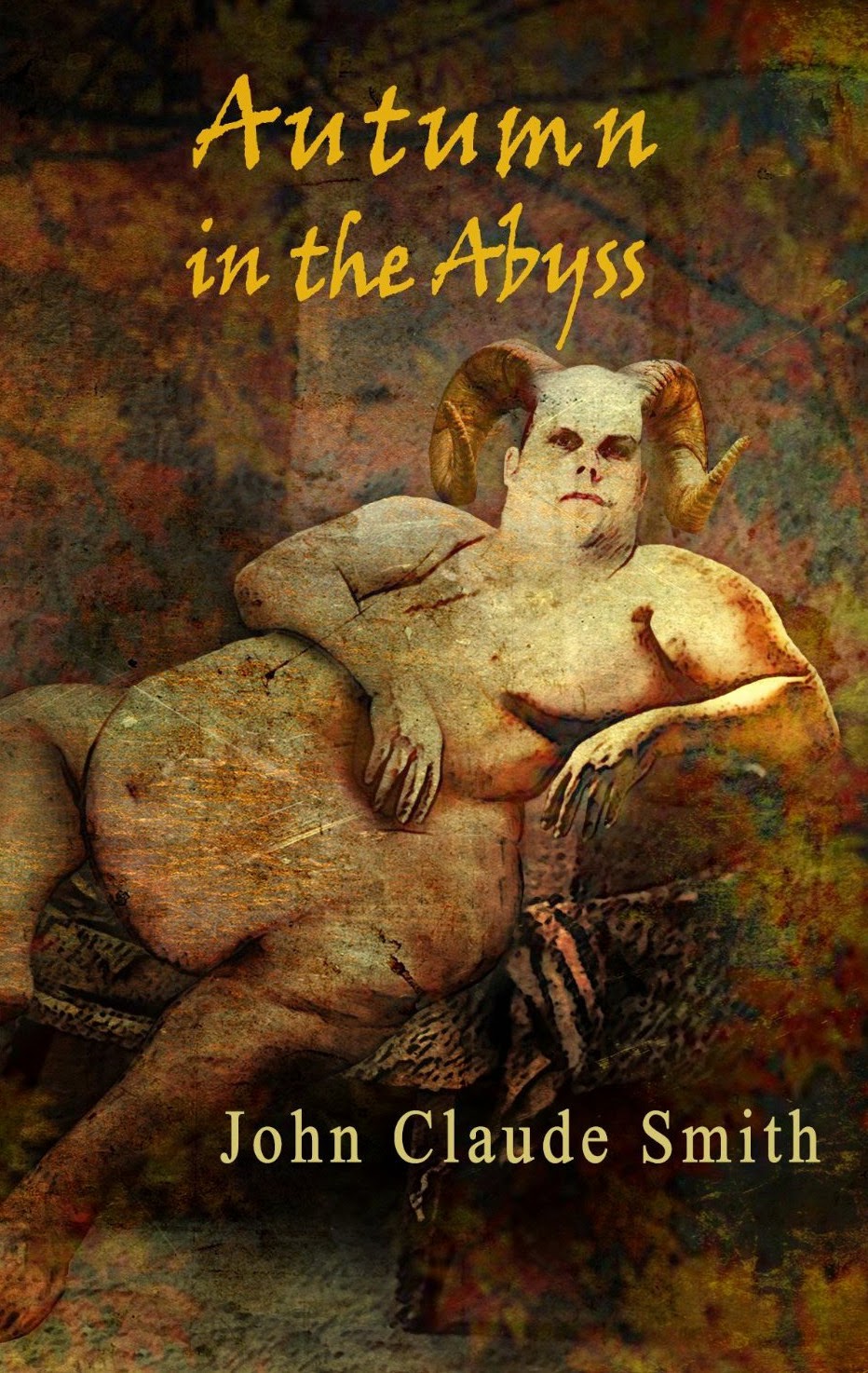 First up is Autumn in the Abyss itself, and it sets the scene perfectly. Obscure poet Henry Coronado disappeared mysteriously in 1959, along with the truth about his poem, Autumn in the Abyss; and our agoraphobic protagonist has become obsessed with finding out the truth. However, the more he discovers, the further he strays from his comfort zone, and the closer he gets to his own oblivion. "Coronado not only confronted these monsters, his demons, he brought them into play with his words. I thought they weren't real. Coronado proved I was wrong." The idea that words themselves can change the world is taken to its literal conclusion in this memorable opening story.

Broken Teacup is next, and it came as a bit of a shock. It's a rough ride, but among the wreckage, Smith manages to keep enough focus on the mental side of the situation to keep the tension well and truly up. We also get to meet the enigmatic Mr. Liu, to whom there seems to be more than meets the eye. In fact, Mr. Liu makes an appearance through most of the stories here, providing a neat link to tie them together. In La Mia Immortalità, Mr. Liu commissions a sculpture from Samuel, an artist who is obsessed with his work to the exclusion of all else – and his influence ensures the work of art is not quite what Samuel envisaged.

Becoming Human takes the reader on a crazy, dark ride with Detective Roberto "Bobby" Vera, who is confronted with an impossible dilemma; a copycat serial killer who is more than he seems. It's bitter, twisted, compelling, and strangely up-beat; a real accomplishment. My favourite story here must be the final one, Where the Light Won't Find You. A slighter tale, perhaps, but set so atmospherically in a down-at-heel multiplex theatre, it instantly struck a chord. Derek Jenner manages to steal into a bizarre showing of a strange film, Where the Light Won't Find You. While the film runs, he notices there is only one other patron, who has a surprise in store for him... and the strange Mr Liu has an alternative for Derek. Whether he can keep his side of the bargain, though, is yet to be seen. This tale reminded me of Mark Fuller-Dillon's superb Lamia Dance.

These are deep, visceral tales, sometimes of a challenging nature, yet Smith's skill is in the juxtaposition of the humane and the horrific; the reader is persuaded they exist so close together that they are almost one and the same thing. In summary, these are powerful, original stories, written with vivid prose that jumps off the page. John Claude Smith has given us one of the best collection of dark fiction I've read this year, and I look forward to his next journey into the shadows!
Posted by MRCosby at 02:44