Well, it's nearly here. Yesterday I looked over the final proofs for my first short story collection, Dying Embers. The publishers, Satalyte Publishing, have approved them and they've gone off to the printers. The ePub version is up at Smashwords, available for pre-order, and the other formats will be from Amazon on Monday April 28.

The cover has been tweaked, and the blurb added for the rear of the jacket. Here is a screenshot of the cover for the paperback; 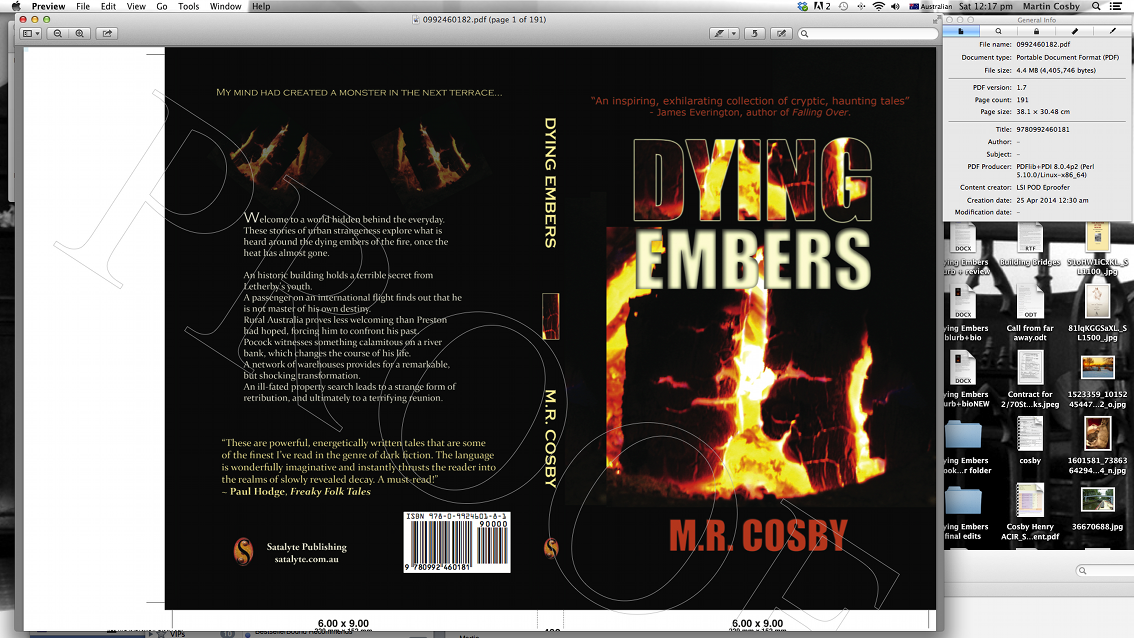 Here are a couple of screenshots from the interior; 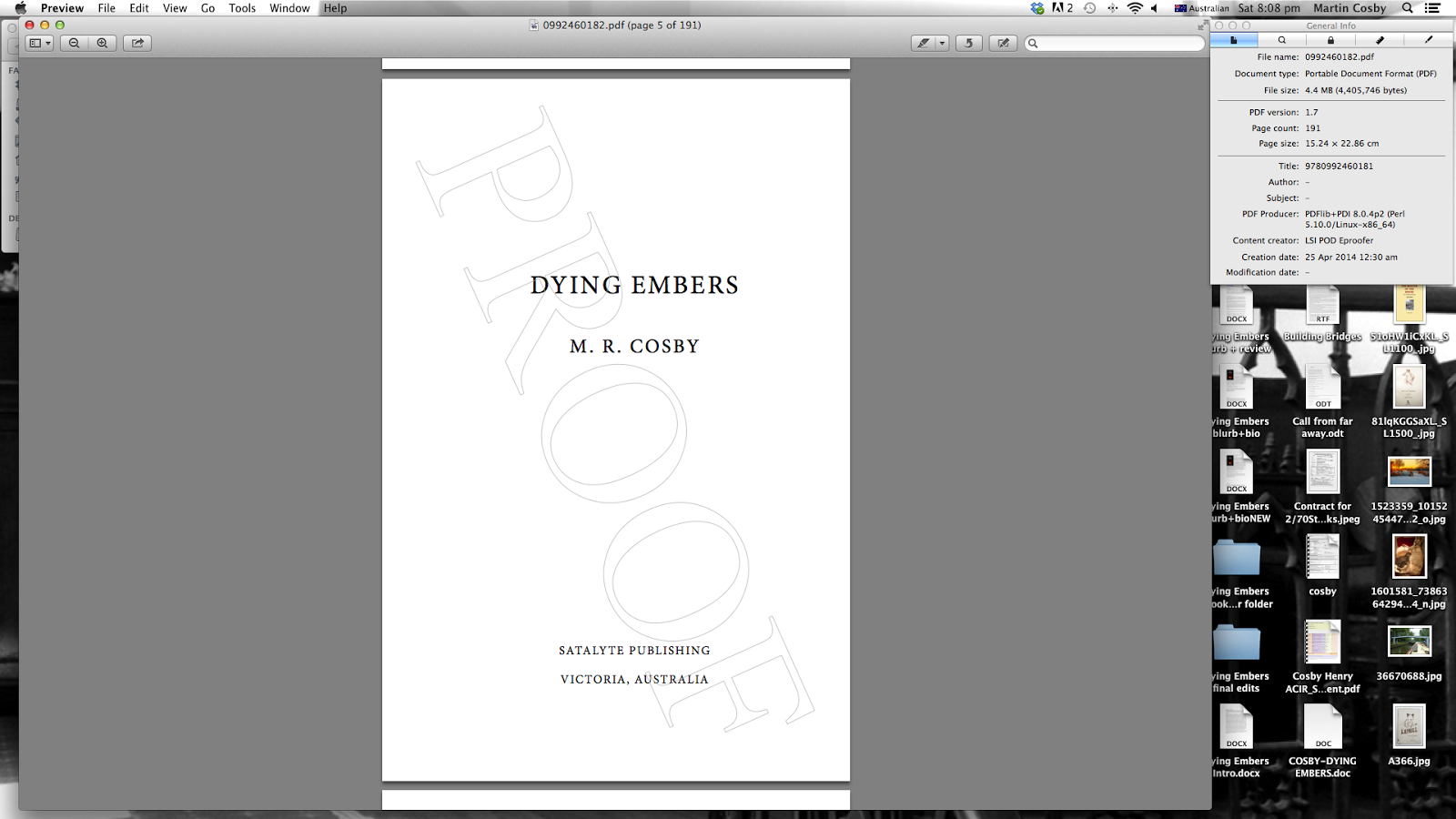 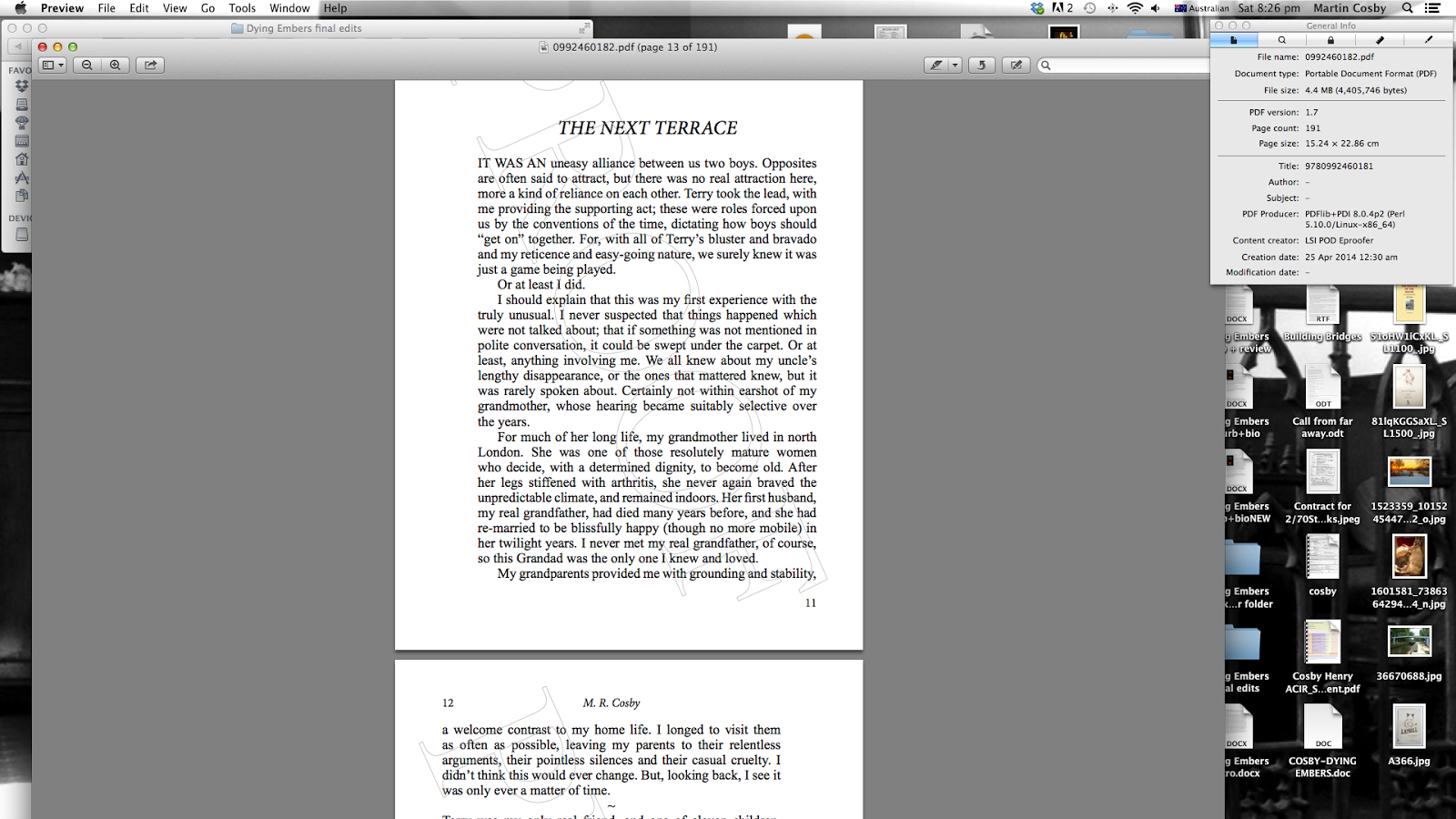 It's been a long time arriving, but the process has been fascinating. It really never occurred to me when I started to write a few short stories, adapted from my memoirs, that anyone other than family members would read them. Then, with the encouragement from some of those same family members, and also from one or two authors very generous with their time, I managed to get a few of them included in anthologies. From there, I planned to self-publish; but Stephen Ormsby from Satalyte Publishing thought my stories would fit well in his stable, so everything changed again. Last November, I started to work with Stephen to polish and finalise my tales, to great effect. I'm also very pleased with the layout and the way the book flows. I can't wait for people to be able to read the thing!

Thanks are due to James Everington both for his encouragement and for very generously writing a foreword for the book, and also to Paul Hodge for all his support. Also, thanks to Maria Savva for her friendship and advice, and Dionne Lister for our supportive chats! It's been great to get to know other authors, even if it has so far been mainly over the internet.