The eagle-eyed among you will have noticed that I have reinstated the countdown timer on my website. This can only mean one thing; the publication date for my first collection of short stories, Dying Embers, is rapidly approaching. If this gives you a sense of deja-vu, well that's because I was about to self-publish the book back in October of last year, but then Satalyte Publishing stepped in at the last minute with an offer to do so themselves. Since then, I've been working with the great Stephen Ormsby to fine-tune the stories to a degree I could not have managed on my own. I'm very grateful for the time and trouble the good people at Satalyte have taken to get the very best result. 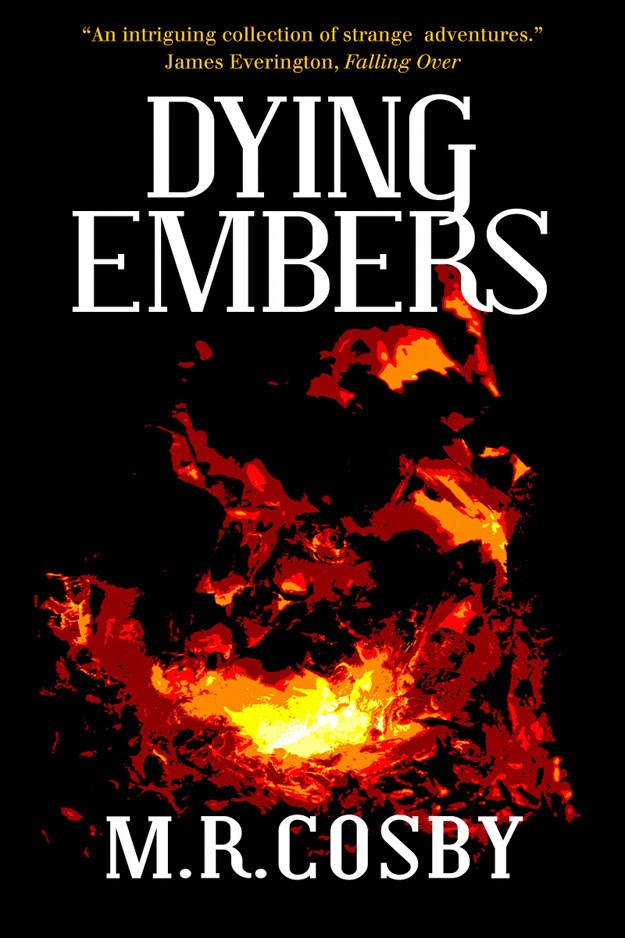 Dying Embers will consist of 10 strange adventures and an insightful foreword by James Everington (his first, I believe, so I'm greatly honoured). Here are some details of the stories;

The Next Terrace
The past collides with the present, and childhood bonds are stretched to the limit in a tale inspired by Dante's Inferno.

Playing Tag
An historic building holds the key to a terrible secret from Letherby's youth. Why is he drawn so powerfully to the mysterious Pavilion?

Unit 6
The alien landscape of a network of warehouses provides the background to a remarkable transformation. Or does it?

The Source of the Lea
Pocock witnesses something on the river bank which changes the course of his life... Did it really lead to him discovering the true source of the River Lea?

Necessary Procedure
An ill-fated property search leads firstly to admission, then a strange form of retribution; and, ultimately, a terrifying reunion.

Abraham's Bosom
Australia's rugged coastline gives up its past, forcing Merewether to confront his own dark memories.

In Transit
A passenger on an international flight finds out that he is not master of his own destiny. Finding out who is, though, is quite another matter.

Building Bridges
Brentwood realises just how much he has neglected his family; will he live to regret it?

La Tarasque
A castle in the south of France reveals its history to Suzanne in the most unexpected of ways. How can she distinguish the past from the present?

Fingerprinting
Rural Australia proves less welcoming than Preston had hoped, forcing him to confront the guilt from his past.

I have written a brief afterword with some vague explanation of my influences to finish it all off.
It will be paperback and Kindle from the beginning.

I must ask you to excuse some self-promotion over the next few weeks; I've never had a collection of short stories published before, and I feel a certain urge to let people know about it!